My television career took flight at the "house that Roone Arledge built."  First as a freelancer and, ultimately, a staffer, ABC Sports was my training ground.  I began as a stage manager and writer, moved up to font coordinator and animation designer (receiving my 1st Emmy Nomination for "Outstanding Graphic Design" for ABC's figure skating package) and finished my ABC days as a feature producer.  My time at the network included work on the following properties: 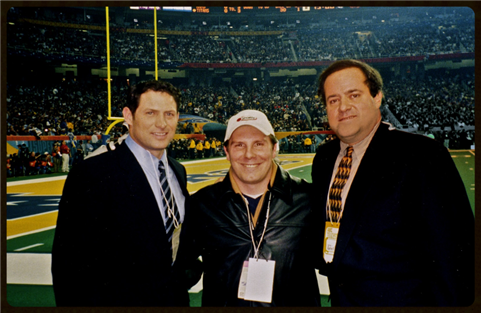 Steve Young, Chris Berman and I captured the moment at Super Bowl XXXIV in Atlanta. 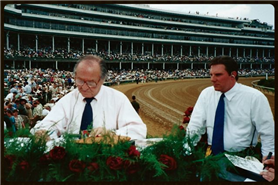 Jim McKay scans copy that I wrote for him before the start of the 1997 Kentucky Derby.

After finishing my first documentary for Lifetime Television in 2003, I was empowered to produce, direct and write longer formatted stories.  Thus, I began story producing and field directing episodes of docu-style reality television and entertainment programming, including numerous specials, series pilots and season premiers, including these:

Upon leaving ABC, I relaunched my career as an independent producer.  As a hired gun, the first big project I was able to sink my teeth into was a documentary for Lifetime television for which I shared researching and writing duties.  The documentary focused on the subterfuge and lies surrounding the pairs figure skating competition of the Salt Lake Olympic Winter Games and the infamous French judge.  In subsequent years, I co-produced a five-hour documentary look at the trecherous terrain and travails 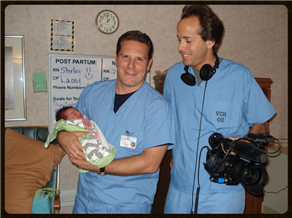 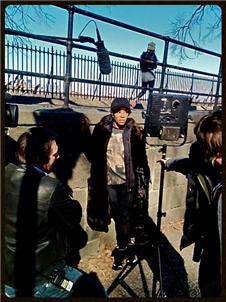 As an independent producer, director, writer and tape AD, I have continued to seek venues such as sports features, teases and reports to tell amazing stories of perseverance, anguish and triumph.  However, in addition to dividing my hours at work between reality television and sports broadcasting, I've also been able to expand my production repertoire with industrial and promotional projects as well as to dabble in intimate rock & roll performance direction.  Here's a look at some additional gigs that I've cultivated over the last eleven years: 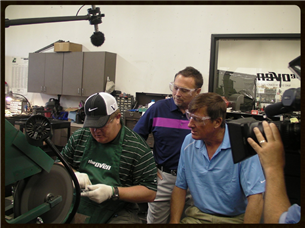 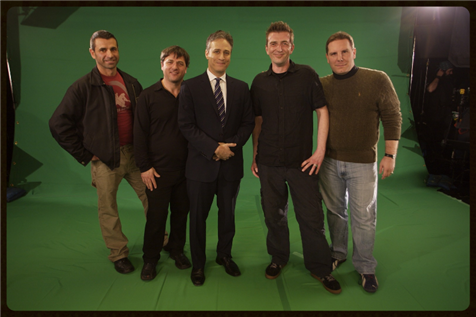 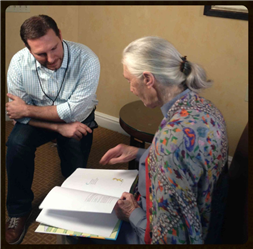 I agreed to keep mum about much of what I saw while directing a documentary shoot in Nike's secret R & D site "the Oven."
Directing famed primatologist, Jane Goodall was too good to be true.  She provided me with on-camera narration and gave one of the best reads I've ever recorded!
Jon Stewart did his best to not be so funny when we produced a satire-free network promo package with him.  He failed miserably; his wit came through!

It's been an honor

Achievements through the years

My television work has been the catalyst for various recognitions along the way all of which have generated an enormous sense of gratitude within me for the blessing and recognition of hard work done well. 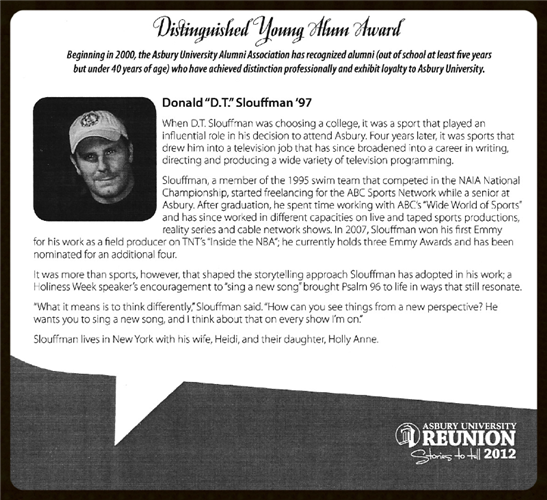 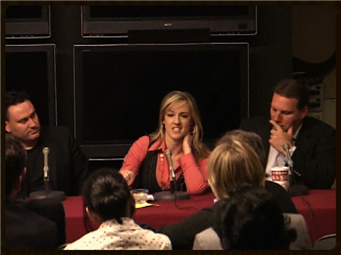 This program announced the honor for which I am most proud.  My Alma mater presented me with its Distinguished Young Alumni Award in 2012.  One of the criteria is that the recipient must be under forty years old.  I made the cut by a scant few years!

This panel discussion called "The Art of Storytelling in the 21st Century" was held at the CBS Broadcast Center.  Filmmaker Andrew Hunt and correspondent Megan Alexander joined me.
Contact D.T.
21 Productions...

17 Years of Truth Telling and Truthiness